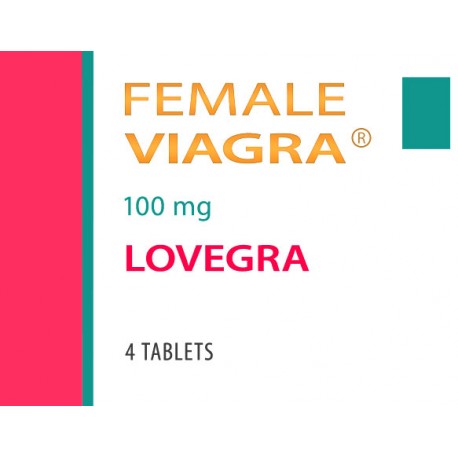 Lovegra is a solution for women with low libido.

Lovegra is a drug which was created for women who lack the desire for sex. These pills increase libido and improve the woman's willingness to try new things in bed. It is produced and promoted as a feminine counterpart of the popular Viagra for women. With Lovegra’s help, every woman will enjoy sex again, in more spontaneous, and intense way. Lovegra guarantees unforgettable experiences and ecstasy.

Lovegra pills are pink, easy to swallow, diamond-shaped with a symbol ‘100’ on one side and the symbol AP on the other side. AP is the name of the producer Lovegry, and the number 100 stands for the amount of the active substance Sildenafil, which increases the desire for sex. Lovegra pills are in silver package, packed in four in one blister.

As it was mentioned at the beginning of this leaflet , Lovegra can only be used by women. Men are not the targeted group here and what is more, they are strongly discouraged from taking it. The following product is intended for adult women of all ages.

Lovegra is a drug influencing the woman's blood circulatory system. This substance has ability to expand the blood vessels, which makes women's lady parts very sensitive and stimulated. It starts just after 30 minutes from taking the pill and can last up to 8-12 hours. During this time, the desire for sex will increase significantly.

Lovegra pills should be taken with a small amount of water or other non-alcoholic drink that will help to digest it.

Do not take Lovegra after large meals or alcohol. Always consult your doctor or pharmacist before using the drug for the first time and inform him or her of the intention of taking this product. The information and recommendations on the package leaflet must also be strictly obeyed. Do not exceed the dose of one pill a day.

Remember that Lovegra is a safe drug as long as you use it as recommended.

Lovegry should not be used by people suffering from the following diseases and conditions:

- people who suffered a heart attack

2 other products in the same category: